Rage Against the Virtual Machine Part II: Billing in the name of.
Filed Under: General by chris — 3 Comments 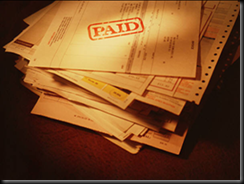 And you thought Part one had a Catchy title eh ? Billing – its a key part of the management portion of any virtualisation strategy , but how do you bill ? If you are a cloud provider then no bill = no revenue so its pretty key , but what about billing in the private cloud.

My employer deployed a chargeback model in an attempt to control virtual machine sprawl and persuade application team to “rightsize” their virtual machines. The implemented model was very straightforward and conservative , however it had very little effect when it came to controlling sprawl. Program teams , used to controlling significantly large budgets really didn’t worry about the costs of chargeback & could easily afford to “rent” 20 guests , where they only needed the one. Chargeback evolved into show back, as budgets shifted like kittens in a sack and hardware budgets became centrally managed. There was no need to charge op units for their VMs , but the reports were still produced for them. did anyone take notice of these ? I’ll leave it to you to decide.

So have we wasted our time ? Ultimately , no. There is still a lot of value in having a cost model for your virtual machines , even if you don’t bill based on it. It becomes an invaluable tool when designing a solution to illustrate potential savings by virtualising an application ( vs the additional application licence costs – see Part I ! ) There is also value for the operational teams when it comes to forecasting and financial planning.

« J.F.V.I Is going on the Road ! A Postcard from VMworld Copenhagen Part one »