What was 2010 for JFVI ?
Filed Under: Virtualisation by chris — 1 Comment 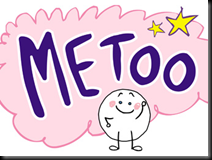 So this possibly isn’t the first 2010 roundup you’ve read during this festive season , but I think all of my fellow bloggers have had a wide enough range of experiences and posts throughout the year to make theirs a literary snowflake as it were !

So what did 2010 deliver ? For the industry we saw some great progress in products, especially around the management piece , with ground breaking releases from Veeam and VKernel to name but two. Towards the end of the year, the “C” word became even more common with everyone doing something for “the cloud” – how much of it will still be relevant in 2011 is still up for debate!

2010 was also a very busy year for me – not only did $dayjob keep me pretty busy , and offer the chance of a shift from operations into a more design focussed role , but I’ve become an active member of the Virtualisation Community through my local user group , Twitter and at the beginning of the year , starting the blog.  Its been a very successful 1st year of blogging for me , and I hope I can keep the momentum up in 2011.

One of the highlights for the year would have to be my time spent in Copenhagen at VMworld Europe 2010 – meeting up with some great people in the community and getting the chance to ask more awkward questions to vendors! From the Large event down to the small event , I was extremely proud to have been invited to the Gestalt IT Tech Field Day in San Jose – I’ve never had such an intense week of total immersion in technology in my life, perhaps I’ll be able to repeat the experience in 2011 and get face to face with the cutting edge of technology !

And finally to all the JFVI readers, thanks for taking the time to check the blog out; I hope you’ve found what I’ve said useful – as ever if there is anything you’d like to know more or have any feedback then mail me at chris@jfvi.co.uk or drop me a line @chrisdearden on twitter !

« VKernel releases the Virtualisation Management Index anyone for vSoup ? »