Ooops…
Filed Under: Virtualisation by chris — Leave a comment

The subject of “disasters” cropped up during a conversation over a pint at last nights inaugural vBeers event in London. It was a great chance to role out the more amusing war stories from out careers of when things go horribly wrong and how we as admins made them right again.

I had a great story of an event that had occurred only a few days previously and while I wouldn’t have gone as far to say it was a disaster , it could have easily caused one.

Provisioning a new vm on our shiny new ESX4 VC I was setting ram levels , as I’ve done many many times before on the 3.5 estate. What I didn’t notice until too late was the following.

when connected to a VI4 host or VC -the default unit for RAM is GB. 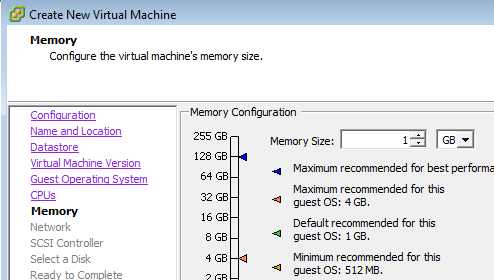 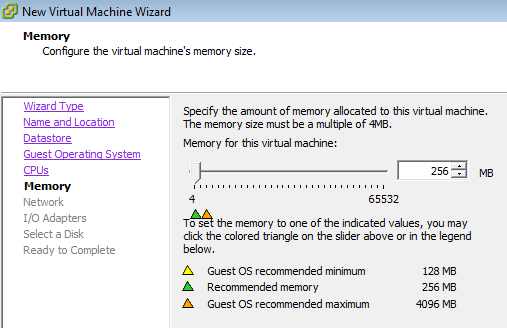 I entered what I thought was the correct RAM for the server….4096MB. VI interpreted this as 4096GB – 4TB would have made for an interesting server , but sadly not supported for ESX4 , which defaults to 255GB.

On booting this VM up I noticed a Datastore alarm ( on what I’d thought was an empty datastore ) and all of the VM’s on the host moving off via DRS as it attempted to run a VM with over twice the level of memory as the host !

needles to say the VM was powered off as soon as was safe and RAM reduced to a sensible level.Just a little gotcha to pick of from admins used to the 3.5 view !